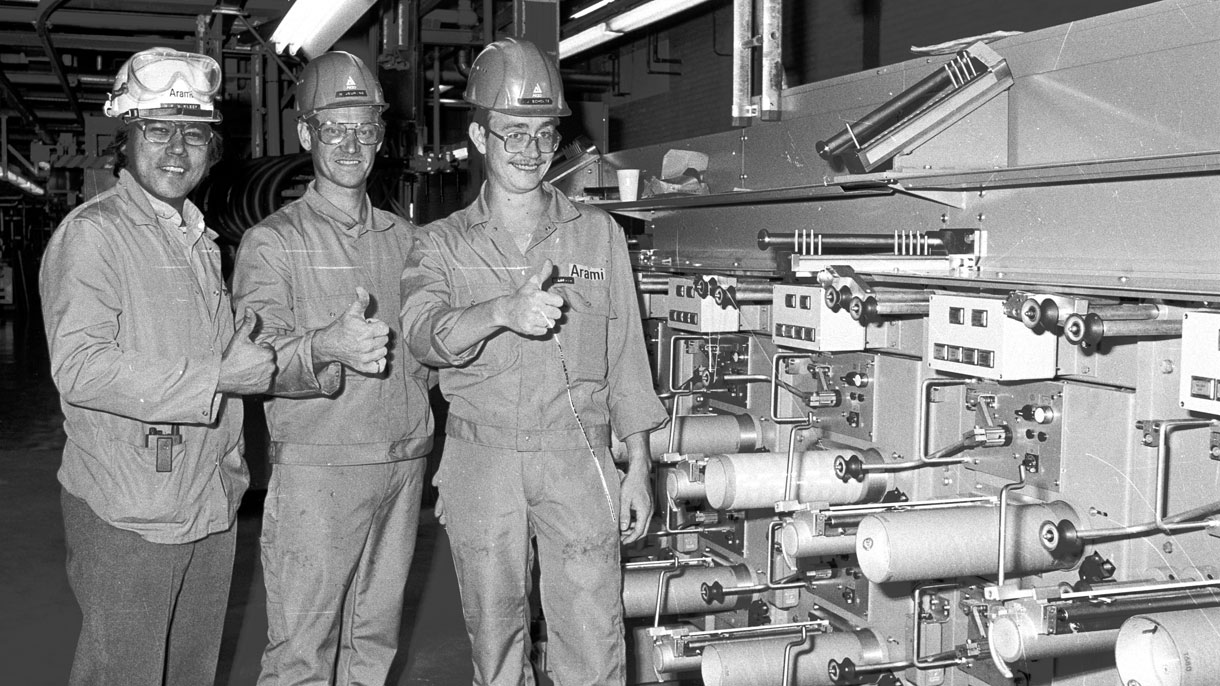 In 1972, AKZO developed its first para-aramid. In 1982 it was decided to start with its commercial production. In 1986, the new plants in Delfzijl and Emmen began production. The first spool, which was made using raw materials from Delfzijl, came off the spinning machine in May 1986.

In 2000, Teijin Ltd. took over all Twaron activities. This marked the start of a series of successful and ambitious investments and expansions. Teijin Aramid now markets four different brands of aramid worldwide. Twaron is by far our strongest brand.

> Learn more
Aramids by Teijin Be sure.
Powered by Emply
Login
Have you applied for a job or created a job agent? Login below to show/change your preferences.
Login Forgot Cancel
Forgot Password
Please fill in your email address if you have forgotten your password. We will send you an email with a link to create a new password. This link will be valid for 24 hours.
Link to renewing your password has expired request a new link by entering your email below
Renew Cancel
Link to renewing your password is sent to your email.
Close
We have sent a security code to your e-mail.
Login Forgot Cancel
Create password
Save
Do you want to delete?
If you delete, all related data will be lost.
Delete Do not delete
Error
Unknown error
Close